Ross Farca, a gamer who called himself ‘Adolf Hitler (((6 Million))),’ seeks to overturn a restraining order prohibiting his possession of firearms

SAN FRANCISCO (J. The Jewish News of Northern California via JTA) — A 23-year-old East Bay man who threatened on a gaming website to murder “over 30” Jews and police officers wants his gun back.

Ross Farca of Concord, California returned to court this week to contest a restraining order that would extend a prohibition on his possession of firearms.

Ross Farca of Concord, California returned to court this week to contest a restraining order that would extend a prohibition on his possession of firearms.

Farca was released on bail days after his arrest on June 10. The move shocked the local Jewish community: According to a police investigation, Farca professed admiration for the Poway and Christchurch shooters, assembled his own AR-15-style assault weapon, and on a gaming website detailed a plan to mow down “clusterf***s of Kikes.”

Jewish Vocational Service, based in downtown San Francisco, circulated an email with Farca’s mugshot, warning recipients to contact police if they saw him. One congregation hired a professional guard for Shabbat services on June 21 and requested an increased police presence, according to a community-wide email.

A group of anxious parents and grandparents from the East Bay Jewish community who attended a preliminary hearing in Contra Costa County Superior Court in Martinez on Tuesday wanted to know why Farca was released on bail in the first place. 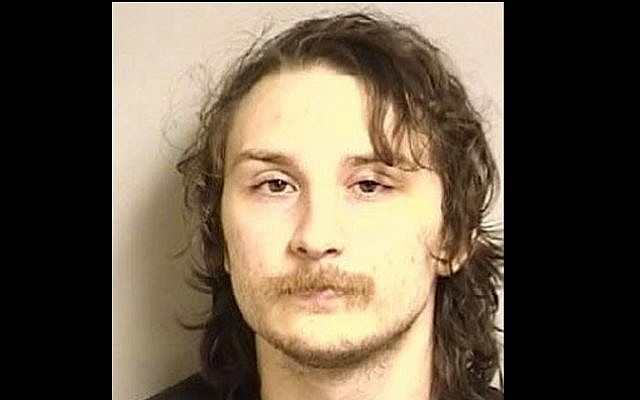 Ross Farca, released on bail after being arrested for threatening to kill Jews and law enforcement agents in California. (Concord Police Department)

One father in the group described Farca as looking “creepy” and “disturbed.”

“I sat behind him in the courtroom while he was talking quietly with his lawyer,” said the individual, who wished to be identified only as a “concerned East Bay Jewish parent” out of fear of being targeted. “Reading about his boasts of body counts, I thought — this man wants to kill my son.”

The father told J. that while exiting the building, Farca approached one of the grandmothers in the group, looked her in the eye and said, “I hope it goes well for you.”

“Then he walked away,” the parent said. “What did he mean by that? It was very bizarre.”